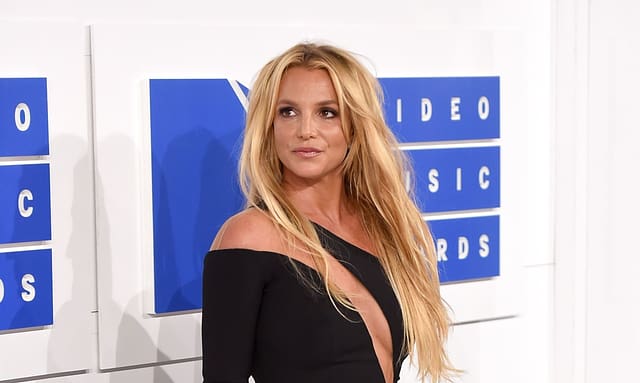 The Curious Case of Britney Spears

I was never the typical Britney Spears fan. I didn’t get her first album, go to her first concert, or even watch MTV for her music videos. No, when I first heard about Britney, I almost immediately dismissed her and her music. At that time, I was in middle school, and unlike in today’s world, we didn’t carry around smartphones or have access to every bit of celebrity news. Times were simpler and yet, Britney Spears was everywhere. She was a bonafide superstar. To me, however, she was just a white girl from Louisiana who sounded funny on tv. It wasn’t until years later when my then best friend in high school would continuously talk about Britney and her music that I decided to give her a chance. It started with “Toxic,” a song that now has more meaning to me as a mental health professional. Britney singing about a toxic lover that she was addicted to and couldn’t get away from sounds like a lot of clients I’ve worked with before. Toxic was a song that instantly hit me like a volleyball to the face. It was loud, modern, sexy, flirty, and most importantly, danceable. After this first taste, I decided to listen to the whole “In the Zone” album, which at the time was Britney’s 4thstudio album. Each song I listened to found a special place in my heart. At a time when sexuality was confusing, and being secretly gay didn’t allow me to express myself openly, her music was much needed in my life. Even so, the music was one thing, but Britney herself was still just a white girl with lots of money and fame, although a little less funny sounding.

It wasn’t until I got to college that I finally fell in love with Britney Spears. I remember it was shortly before she released “Blackout,” arguably one of, if not the, best albums of her career. During this time Britney was on the news, internet, and radio for reasons other than her music. You see, a few years before Blackout, Britney had been making some less than stellar choices (according to the media anyway). She had gotten married to a long time friend only to divorce him in less than two days. Sometime after she went on to marry infamous backup dancer Kevin Federline. They had kids and unfortunately ended up in a nasty separation. It was at this time that, although a natural response, Britney began reacting to her life’s turmoils. It wasn’t long before phrases like, “Britney has gone crazy” and “Britney on suicide watch” became prominent headlines that glowed on tv screens across the country. Even more surprising to me, Britney was all over the news coverage in Spanish only channels! I remember sitting with my parents watching Univision during their evening news coverage segment and watching Britney’s face plastered all over the screen with people commenting on her “erratic” and “disturbing” behavior. At one point, my mom turned to me and said “pobrecita, que dios la ayude” translated as “Poor girl, may God help her.” I remember thinking, “what is going on?”. You see back then mental health was another topic that I knew little about and apparently so did the media. Mental health in my family never talked about it, and in most cases, it was almost an imaginary thing. Watching Britney’s “fall from grace” as many commentators put it was as confusing to me as it was to millions of her fans. How could someone so beautiful, successful, rich, and famous be acting this way? It almost didn’t make sense at the time. All I knew was Britney was in trouble, and no one seemed to understand. This went on for quite a while, and every day, there was a headline. Eventually, the headlines became cruel, people judgmental, and the media continuously shared misinformation about what was happening. Even more disturbing, there were also people who were betting on when she would commit suicide.

Watching Britney face mental health challenges was my first taste of society misconception and stigmatization of mental illness. There were so many moments where I wondered if she would be ok. I’d often sit and watch videos of Britney crying on the street, and it all seemed utterly surreal. Her eventual hospitalization and head shaving only added to the fire and confusion for people. Even years later, we still see memes and read about people using Britney as a joke. People still find mental health challenges to be funny and continue to reinforce shame.

Today Britney is still in the headlines because of her continued struggle with mental health. Just some time ago, Britney checked into a mental health facility after reportedly experiencing stress from her father’s fatal illness. She’s also had a recent court hearing regarding her conservatorship, around which much speculation is occurring. It’s safe to say that some of the response from the media has somewhat changed. Yet, there are still those ignorant publications and media outlets that continue to misunderstand mental health or just plain don’t care. There are some reports that seem more focused on the struggles Britney faces as someone with mental health challenges, but not the majority. A lot has happened for Britney since 2007. She’s gone on tours, dated, gained custody of her children, was placed in a conservatorship, released new albums, and had a Las Vegas Residency. Yet, she still lives with the scarlet letter of her mental health struggle. It’s so strong that it has almost become synonymous with her name. Questions are sometimes thrown around about her stability, her ability to live a “normal” life, and even if she’ll ever be “herself” again.

I notice that if there are some times I’ve been stressed, because I’m human and stress about things, that affects your kids. So you have to make sure you’re a happy mom so they can be happy.

What people don’t understand is that these questions are completely degrading. They dehumanize her and her struggles. If Britney Spears is given this attitude, then imagine everyone else that is not rich and famous. Because the reality is that anyone can be impacted by mental health challenges. The rich and famous are no exception. Britney, in this way, is an example of how our society still continues to treat people with mental health struggles as broken and unstable. Mental health struggles are not something we “get rid off,” rather it’s something we learn to live with and manage. Britney has mostly remained candid and quiet about her experience. There are times where I wish she would share and advocate about her mental health. Yet, it’s not her responsibility, and no one should be forced to share if they don’t want to.

Watching Britney Spears over the years during her success and challenges has been a continuous form of inspiration for me as a mental health professional. Not only because of her struggles but because she became human within her celebrity. She chose to be a mom when people wanted her to come back to pre-2007 Britney. She chose to look for love in a world that had formed an opinion of her since 2007. She continued to perform and release albums when she felt like it and didn’t prioritize it.

Most importantly, she is currently still navigating ways of gaining back control of her life through countless court hearings, headlines, haters, and mental health evaluations. For better or worse and even without a choice, Britney Spears has become an enigma because of her mental health challenges. In a world that is still learning about something as complicated as mental health, this carries a great deal of cost. Yet, Britney has constantly shown us that even with these challenges we can continue to succeed where it counts.