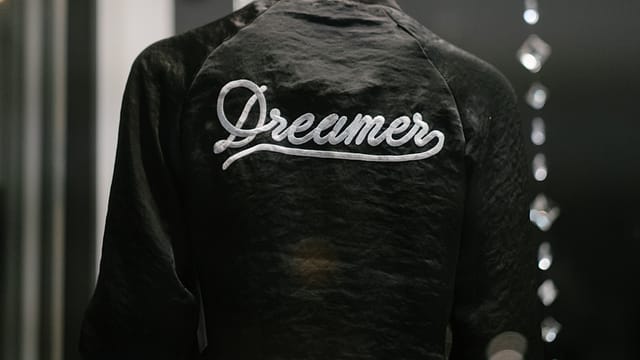 The Impact of Rescinding DACA

DACA (Deferred Action for Childhood Arrivals) was a policy enacted by the Obama administration in 2012 to grant minors who arrived in the United States with the opportunity to defer deportation (2-year period) and the ability to obtain a work permit to work legally within the U.S. The program saw many benefits for the economy, a reduction in poverty levels within the immigrant community, and improved mental health in the immigrant community. With the recent repeal of DACA on September 5, 2017, by President Trump, it has become clear that the immigrant community and in particular Latinos have dealt with yet another blow aimed at the continued disenfranchisement of POC (people of color). We can argue about it any way we’d like, but the reality is that these actions have a direct impact on one of the largest groups in our country. A large group of people who now live in fear, anxiety, and worry about what the future holds. It is another mass displacement of people of color based on the faulty premise that they are a threat to white society. Part of psychosocial’s (blog) purpose is to provide pieces that reflect on the effects of our environment and social-political climate on mental health. This includes reaching out to people in various roles involved in work with people affected by these acts of aggression. Because we need to be clear of the message painted by this administration. This message includes the de-humanization of a large group of people who not only contribute to our society through their work, taxes, and talents, but also who represent our American values as hardworking law-abiding citizens (low reported crime rate). The following are statements from a few people on how they have experienced the effects of the DACA repeal in their work, personally, and what they believe this means for not only for immigrants and people of color but for our society as a whole.

We asked a few people who either work in the mental health field, social services, media, etc. who are impacted by DACA being rescinded. This is what they had to say…

“As a care coordinator, I can tell you that most of the population I’ve worked with have feared the change in immigration policies before they began. I helped parents submit a request for asylum due to the fear that they would be displaced or that their children would end up in foster care. I have friends from high school that relied on DACA to pursue an education/employment without the fear of prosecution. Some of my friends declined the opportunity to attend a four-year university due to limited resources and financial support and are now struggling to accept their new reality. My best friend’s husband is currently in the process of seeking legal status and I can’t image how discouraging this change has been for her family. It difficult to understand or comprehend someone’s thought process when it comes to making such difficulty changes within society. It’s hard to fathom the fact that families will have no choice but to give up on the American dream.”﻿

﻿“I was 14 when my mom brought me and my younger siblings to the U.S under the pretense that it was just a vacation. I had no choice. We overstayed and became “illegal aliens”. I would have been eligible for DACA. I graduated from a high school in San Francisco and did not prepare or apply for any 4-year colleges because I thought I’d get deported. I’m an American citizen now and have been working for the city and county of San Francisco for the past 10 years. Rescinding DACA is absolutely unconscionable. I want to cry when I see videos of Dreamers speaking out because I know what it’s like to feel hopeless like you have no future because you’re in a country that doesn’t want you. Fuck you, Trump. You’re the biggest piece of shit that ever lived.”

“Disappointment, disillusionment, anger, fear but mainly heartbreak are some of the feelings in so many young people including myself because just when we thought we are taking steps forward we get pushed 10 back. We shouldn’t be punished for a choice we did not make at such a young age and for making America our home. We love this country just as much as any citizen! We are hopeful that the decision makers of our nation come to the right decision and provide a path to citizenship.”﻿

“I have lived my life as a happy and very optimistic person because I was raised in a loving and humble home. Throughout many obstacles, I have strived in every way possible and that lead me to my field of mental health because I want people to live their truth and their best self. DACA gave me hope through a dark period where I thought I had to give up on my dream. DACA gave me chance to continue my dream and help others. Sept 5, 2017, my light became dim and that awful feeling of fear came back, a feeling I left behind 5 years ago. But then I looked into my beautiful 5-year-old daughter’s face, full of love and joy, I told myself ‘you know what this is not the end, fear will not stop me, and a 9-digit number will not define me’. I will continue to be the happy me and contain my fear to a minimum because I have hope that the right decision will be made not only to continue DACA but to make it better and make it a path to legalization for all the hard-working young AMERICANs, because that’s what we are AMERICANS WITH A DREAM!”﻿

“As a provider, it is difficult to see that this one person (President Trump), through ignorance and ill judgment has caused great mental disparities among those who are outliers in society.


This trauma is causing great anxiety and displacement for many people.”

“Growing up in the Mission district of San Francisco as a child and having worked in the service industry for the past 10 years I have been privileged to work with people from all walks of life –many of whom are immigrants from Mexico, Venezuela, Guatemala, and El Salvador, These people are the backbone of the industry, and undoubtedly the whole of the United States. The rescinding of DACA is clearly an act of racism against these people whom I respect and admire. This is evident by Trump’s hateful rhetoric targeting the Chicano community throughout his presidential campaign and his intent to build a wall along the border of Mexico. It is an act so insidious –targeting the CHILDREN of immigrants who had no say in coming here and know no other country except this one.  They have contributed so much to the United States –more so than our current President.  I have many people in my life who will be directly impacted by the rescinding of DACA. and I am infuriated by these turns of events. They do not deserve this. I have hope that people, including myself, will fight for the rights of DREAMers.


I often hear people asking “How could he have been elected?” This country is dominantly comprised of middle-class whites. This presidency has only enabled those whites who have kept their racism silent to be more vocal. Every POC has experienced racism in some form and for most of us, it is appalling to hear that question. Of course, he was elected! Racism has always existed in this country –it has not gotten better or worse. With the rescinding of DACA, I only hope that this turn of events will bring POC and their allies together and bring forth some change. However, at the moment I cannot deny that the future, for now, is looking rather bleak –it’s been a rough couple of months.”

“The recent decisions regarding DACA are deeper than policy decisions. They affect people’s immediate mental health and wellbeing, causing people to fear what the future may hold. Combined with negative narratives in the media of immigrants and other setbacks to the community, it is taking extra mental energy for people to believe that something else is possible in these times. At Woke, we want to help chart a path towards hope. We believe that it’s the responsibility of the media and pop culture to give us something different. We believe entertainment and media can be a vehicle for social change. We know we have the power to create narratives that show us another world is possible.”﻿

These are just some of the reactions and views of those affected by the repeal of DACA. It is still too early to tell where this road will lead, however, for some of us, more than others, it’s a road filled with worry and no clear end in sight. It’s a reminder that as a nation and as a people we are very much still divided. It is also very telling of what the majority values and what money, privilege, and power can do when placed in the wrong hands. If we are to take anything from this, it’s that fear will always lead to misguided desperation for safety, even when the threat is invisible. This fear will always cause us more harm than good. We have seen this many times over throughout our history as a nation. The displacement of people of color and removal from the only home they have ever known is not the solution.