This month PsychoSocial announced that we would be sharing content that educates and highlights cultural healing practices. This is both an exciting and powerful knowledge that has been passed down from generation to generation of Native peoples. This knowledge, however, is not complete without bringing attention to some of the complex issues that surround the use of these practices in modern times. One of these issues is the overuse of white sage. Sage has been used around the world for thousands of years by various cultures. It has many uses such as an ingredient in culinary practices, protection, medicine, and rituals. Native Americans often use white sage as a way of protecting their homes and people from evil spirits. In the present time, sage is widely used and popularized by many people and companies who use it as a way to mystify these cultural practices. One example is Pinrose, a beauty company that will be marketing a “starter witch kit” that includes white sage through Sephora.

As it stands, white sage is currently being over cultivated and its natural habitat is being destroyed and replaced with new homes. There has been a lot of controversy over the years regarding whether white sage is on the brink of extinction as it is not listed as such on government sites. What is mentioned, however, is how white sage does face danger due to its habitat shrinking. We spoke with John Jairo Valencia who wrote a powerful letter discussing the potential outcome of large companies such as Pinrose and Sephora using cultural healing practices such as the burning of sage and how it leads to cultural appropriation and destruction of traditions for many native people. Read their letter below and tell us your thoughts in the comments section!

To Whom It May Concern,

It has come to my attention that Pinrosewill begin selling so-called “Starter Witch Kits” in the month of October, bundled with tarot cards, crystals andwhite sage. I write this letter to capture the great dismay that I and many other Indigenous people and allies are experiencing because of the inclusion of white sage intoyour product. To begin explaining why the “Starter Witch Kits” have triggered such a reaction, it is a centurieslongpattern to trivialize and ignore the cultures, values andlivelihoods of Native American peoples. In the last two years, the nation witnessed a resurgence of Indigenous-rights activism via the “Water Is Life” movement at the Standing Rock Sioux Reservation in North Dakota where water protectors made land and water rights and Indigenous sovereignty a nation-wide and international discussion. Although this movement awakened the consciousness of many Indigenous and non-Indigenous people to these injustices, the Dakota Access Pipeline proposed by Energy Transfer Partners proved to be a ruthless force continuing a legacy of land theft and genocidal policies enacted towards Native Americans, threatening major water waysin tribal territories with oil pollution.

What does this have to do with a seemingly harmless actsuch as including sage into the “Starter Witch Kits,” you may ask,if companies like Urban Outfitters and mystical shops are selling sage too? Although sage and other plants native to the American continent have recently made their way into practices in the so-called “New Age,” these plant medicines have been around for thousands of years and utilized in timeless healing practices. The many types of sage, including white sage, are sacred for Native Americans and central to the continuation of traditional cultures. As you may have already been informed, white sage is now an endangered plant due to over-harvesting. With the growing popularity of “witchcraft” in the mainstream through its commercialization through shows like American Horror Story and the hyper visibilityof the “New Age” via social media, comes an over romanticizedview and exploitative relationship with healing tools such as sage and other appropriated Indigenous medicines. Although it is a beautiful experience to learn from other cultures, there are cultural protocols and traditional laws deeply rooted in environmental sustainability that get overstepped because of the compulsive behavior of Western civilization to extract and consume without any reciprocity.

Beginning with the first European voyage to the so-called “New World” in the fifteenth century, laws were put into place demonizing Indigenous people for practicing their culture, reflecting the laws condemning those accused as “witches” in Europe for their herbal and mystical knowledge. The difference in the Americas is that whole nationsof people were targeted because of their “savage” nature and “heathen” ways (terms used in legal documents describing Indigenous people). Leading well into the twentieth century, Native Americans were criminalized for practicing their culture, spirituality andmedicine–– people incarcerated or having their life taken for gathering together, singing, dancing, healing and lighting sage. It wasn’t until after the Civil Rights era and the activism of the American Indian Movement that the American Indian Religious Freedom Act was passed in the Summer of 1978. It has only been 40 years that Native Americans have been able to legally practice their spirituality, such as burning sage. This being said, the marketing of white sage sticks is part of that legacy of genocidal policies. Indigenous medicines such as sage, ceremonies, songs, dances, etc are vital for the healing of intergenerational trauma caused by this historical legacy and maintaining the dignity and resiliency of Native American peoples. As the use of sage has crossed over to the mainstream and becomes over-harvested, the commercialization of this sacred medicine puts the plant at risk of becoming extinct— another vital part of Native America stolen.

As people demand that white sage betaken out of the “Starter Witch Kits,” do not take it as a personal attack but an opportunity for you, Primrose and Sephora to take restorative and transformative measures. The impact has already been made, the initial damage has already been done, but you can make a choice to create positive changes. A philosophy that drives many Indigenous people, which has been shared by the Iroquois Confederacy, is that of the Seventh Generation Principle. Whatever choices we make inthis moment should take into account seven generations into the future, taking into account all members of our world–– human, plant and animal alike–– so I ask, how will placing an over-harvested, endangered plant in a mass producedproduct affect Native American cultures, how will it affect the plant, how will it affect all of us, seven generations into the future? As marketers of “mystical practices,” I ask that Primrose, Sephora, as well as any other follower of “witchcraft,” Wicca, or any “New Age” practice to respect Indigenous cultures by taking the time to learn the impact of cultural appropriation, and to transform your interest in Indigenous tools for healing into advocacy for Indigenous rights. As stated in Article 31 in the United Nations Declaration on the Rights of Indigenous Peoples, “Indigenous peoples have the right to maintain, control, protect and develop their cultural heritage, traditional knowledge and traditional cultural expressions” which includes “seeds, medicines, knowledge of the properties of fauna and flora” –– you can play a role in acknowledging and uplifting Indigenous practices while creating meaningful change. Please take out white sage from the “Starter Witch Kits” and stop the commercialization of white sage and any other endangered plants and stop the mis-appropriationof Indigenous cultures.

With the intentions of uplifting all people,

1. Build relationships. It is important to know whose land you are on. The best way to learn about sustainable ways to engage with plant medicine is through oral teachings by people who have built relationships with them.

2. If you are gifted sage, use only a couple of leaves at a time instead of lighting the whole sage bundle. It’s still as powerful.

3. Grow your own at home and learn how to care for the plant.

4. Before you decide to go out and get sage, be mindful about over-harvesting. There are many other powerful plants growing in abundance in our neighborhoods (such as lavender and rosemary) that can substitute.

5. Be mindful of the environment and do research on the history of the land and decolonization. If possible, learn about plants from your own ancestral lands that you can connect to.

6. Do research and be mindful of the environment. Here are a few resources: The Native American Health Center,  the Cultural Conservancy, and 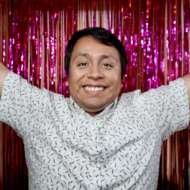