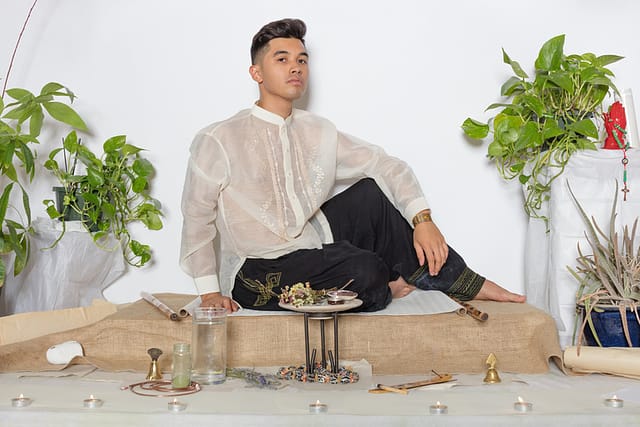 Joseph Quisol is an artist, educator, and organizer from Charlotte, North Carolina. Since 2012, Quisol has been composing music, performing and producing QTPOC-centered events in underground art spaces around the Southeast United States. Quisol's music merges his Filipino and Puerto Rican cultural roots with electronic production and acoustic sounds, incorporating themes of queer love and decolonization. At age 23, Quisol completed his Master's Degree in Education at Harvard University. Specializing in arts-integrated education and music, Quisol was mentored by musical greats including Vijay Iyer and Esperanza Spalding. That same year he was awarded a $10,000 grant to produce live music events in Boston and release his debut album REVELATIONS along with a series of music videos. In addition to performing, Quisol has also presented his work and hosted workshops on arts and activism in community spaces and conferences across the country. Quisol is making a lane for themselves in the alternative pop world. Blending elements of soul and Latin rhythms into pop music with Spanglish lyrics, Quisols music serves as a bridge uniting people on the margins.

Listen to some of Quisol’s latest music!