Euphoric Ultra-Violence Part 1: A Brief Intro into Teen Violence, the Issue You May Not Have Known Existed This is the 1st part in a 3 piece series that explores violence in teenage relationships and the HBO show EUPHORIA. We begin this journey by introducing lyrics from recording artist Lana del Rey (pictured on the right).

“Loving him was never enough

I can hear sirens, sirens

He hit me and it felt like a kiss

I can hear violins, violins

Give me all of that ultraviolence” -Lana Del Rey

Have you heard this song before? The instrumentals and Lana’s siren-like voice makes it sounds like a heavenly exchange of love. The song is almost trance like  and it sounds like something you want to keep listening to because it’s passionate and it’s soothing. No matter how you want to analyze Lana Del Rey’s Ultraviolence song, you can tell it has a fluctuating feeling of love and relationships as well as addictions. For me, this song reminds me of how a victim can feel while in an abusive relationship. It’s hypnotizing, and the passionate love can bring butterflies to the stomach. But then the pendulum swings and the terror is released. Despite the bad, victims stay because of the good they see. They repress the negativity to only focus on the few moments of bliss. They do not want the relationship to end. But they continuously hope that the violence will stop.

Did you know that 1 in 10 high school students has been purposefully hit, slapped, or physically hurt by a boyfriend or girlfriend? Or that nearly 1.5 million high school students nationwide experience physical abuse from someone they are dating in a single year? (Stats from www.loveisrespect.org)

It’s a hard fact to swallow , but its real and it’s not the time to ignore, judge, and overgeneralize with the ‘not my child’ rationalization. If it’s not your child, it might be the one they are sitting next to in class. It may be your beloved neighbor falling prey to a continued the cycle of violence that began when he or she was very young.

Violence is an epidemic. Communities are impacted by violence and its lifelong implications on social, economical, psychological, relational, and medical issues. The Center for Disease, Control, and Prevention has declared Teen violence to be a public health priority. The stats don’t lie and the issue of teen violence should not be ignored:

“One in three adolescents in the U.S. is a victim of physical, sexual, emotional or verbal abuse from a dating partner, a figure that far exceeds rates of other types of youth violence.”

It’s important to inspect and dissect what is really going on in today’s American teen culture. For the most part it appears that there is a lack of awareness that needs to be brought into the light. Researchers found that based on surveys conducted with parents:

Teen violence is preventable, with evidence based programs being implemented nationwide (see CDCA Comprehensive Technical Package for the Prevention of Youth Violence and Associated Risk Behaviors). These programs are successful because their strategy is to target youth at the preschool level, in the homes, in the community and in after school programs. 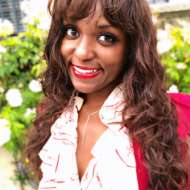 Connect with:
Facebook Google Twitter
What is Stress and How Can We Cope?
When Your Love Boat Becomes the Titanic