Bird Box: A Peek Into the Film’s Mental Health Themes

Have You Seen Bird Box?

If you’re a human who uses social media, you’ve likely seen flocks of folks commenting on Netflix’s recently released psychological thriller, Bird Box. Based on the post-apocalyptic novel by Josh Malerman, the adaptation has spiked in recent popularity as Netflix claims it has been watched by over 45 million viewers in just one week.

Bird Box has become a light-hearted meme-sensationbut has also evoked serious food for thought in viewers pondering the deeper meaning of the movie. Some are starting to wonder about hidden messages linking topics such as racism and social media. Many viewers versed in mental health awareness have called for trigger warnings and have also critiqued the popular movie for further perpetuating villainized stereotypes of mental illnesses. While I will not claim to know the true underlying meaning, I will confess that I do recognize that there are mental health lessons to be learned through this film. I will do my best to refrain from spoilers beyond the trailer, but if you do plan to watch the movie, it may be best to read lesson one and then make an informed decision of whether to watch first, after, or maybe even not at all based on what is best for your mental wellness.

There’s No Harm in Trigger Warnings

Developed by the Motion Picture Association of America (MPAA), the Classification and Rating Administration (CARA) was established in 1968 with the aim of helping parents make informed decisions about viewing choices for their children. The “R” rating precedes Bird Box, alluding to the potential for “adult themes, adult activity, hard language, intense or persistent violence, sexually-oriented nudity, drug abuse or other elements.” While this rating is helpful, it’s rather broad and fails to include specific elements pertaining to mental health. A system designed to flag potential warnings for children is an excellent start, but adults are not immune to being affected by triggering themes as well. The current classification could benefit from specifiers pertaining to mental health trigger warnings for themes such as anxiety, trauma, self-harm, and suicidality. Many viewers have flocked to social media to share their personal experiences and warnings, and while their messages are helpful, it may help to preface movies with mental health warnings.

Hollywood has a long history of stereotyping mental health. Unfortunately, it isn’t novel to see mental health depicted in a poor light. While some movies have been lauded for more accurate depictions of mental health, Hollywood is notorious for villainizing mental illness, as in popular films such as Split and Gothika. Bird Box has received criticism for perpetuating negative portrayals of individuals living with mental health concerns, specifically those who are hospitalized. Some hidden messages could be gathered as well, such as the inability for others to see the problem and the subsequent tendency to minimize the gravity of the problem. While we have come a long way in terms of recognizing the importance of mental health, there is much to be done to continue to destigmatize mental illness and advocate for mental health awareness.

The Truth is in There

Many are on the hunt for the true meaning of Bird Box. While we might be able to ask Malerman himself, there is something to be said for each person’s unique interpretation. I promised to not attempt to convey a potential theory, and that is only out of respect for your own. A good movie prompts us to think. Aspects such as gaps in time and underdeveloped characters could be the foundation for film critique or opportunities for your own truth. The difference in opinions are projections of our own perspectives.

Some people may experience triggers pertaining to their lived experiences, while others may not. Some people may view the film as negatively depicting health disparities, while some may point to scenes that highlight positive portrayals. Some people may see a statement on the state of society, while others may feel a poignant connection to their own life. Being a reflection of you, your reflection is just as valid as any other. Therefore, respecting your personalized view can help to promote your mental well-being. This may look as simple as honoring your view as much as those of others. However, if this movie, or any other, brings themes to the surface that become distracting for you, the responsible action to tend to your mental wellness would be to use this occurrence as a signal to practice self-care and/or to seek help.

Have you watched Bird Box? What are your thoughts about the film? Let us know in the comments section. 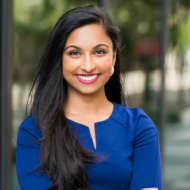 Dr. Shainna Ali is a mental health clinician, educator, and advocate who is dedicated to highlighting the important role of mental health in fostering happiness, fulfillment, and overall wellness. She is the owner of Integrated Counseling Solutions, a counseling and consulting practice in Central Florida. In her practice, she uses a strengths-based, creative approach that empowers clients on their journey. Her areas of interest include exploring identity and culture, emotional intelligence, & creativity methods in counseling. Dr. Ali teaches counseling courses to students at the University of Central Florida and the Chicago School of Professional Psychology.

Beyond instructing, Dr. Ali promotes mental health awareness in her blog, Modern Mentality, and also in her regular contributions to the National Alliance on Mental Illness and the American Counseling Association. She is a firm believer in the importance of self-care, and in her free time, she enjoys spending time with her family and friends, playing with her German Shepherd, practicing yoga, exercising, learning new lessons, and traveling the globe.

Connect with:
Facebook Google Twitter
How Themes of Mental Illness Keep Us Captivated with Law & Order: SVU
How Sesame Street Is Shedding Light On The Effects Of Poverty In Young Children