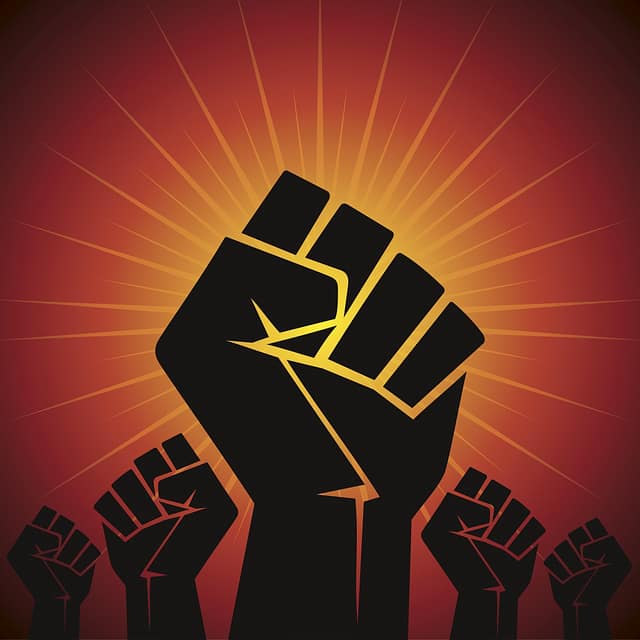 The Pandemic and George Floyd: The Rebirth of the True American Left

*The following is an excerpt from a 20-page document I am currently working on that covers a Marxian analysis of the economy, the pandemic’s impact on the economy and a comparative analysis of Vietnam, Sweden and the United States in their handling of the pandemic. Once finished, it will be made available at the bottom of this article*

Work is inherently a social thing and we as a species are a social species. To work is to be social. Many essential workers are being put in risky positions by working as the pandemic continues to rage, the CDC estimating that the United States will fall between “124,000 and 140,000 deaths” by July 4th (1). To have non-essential workers back to work immediately puts everyone at risk, including the elderly and the most vulnerable, for if you catch it, you may be asymptomatic and spread it to those who are staying inside. Trying to calculate the mathematical possibility of you becoming sick during a pandemic by running the numbers and rate of infection among those of your age group and other identifiers is a useless affair. It is telling that you are quite comfortable gambling your health in order for you to again experience the social relations that come with production and working.

The most privileged are being paid to work from home, own or are on their way to owning a home and are within reach of food centers, while the least privileged have lost their jobs and cannot go on the hunt for another and may now have rent due and mouths to feed. The least privileged were living paycheck to paycheck and have been the victims of a sadistic, racist capitalist system of loan sharks, predatory landlords and disastrous healthcare infrastructure long before this pandemic started. Instead of facing the unsheathed system head-on to help their underprivileged brothers and sisters, the subordinate worker and the privileged American middle class, backed comfortably by the property-owning capitalists who own 70% of all of America’s wealth, wish to clothe this monster once again because the horrors are far too appalling to confront (2). They wish to reopen the economy and keep themselves busy to avoid looking at the problem in the eye. In reality, it was never about the pandemic, it was about the pandemic revealing a truth that both the powerful and the privileged do not care to know exists. You tell me that it has everything to do with the number of unemployment, that it is demonstrably high, and the economy is hurting. Putting people back to work for a system that is constantly fucking them over is only to put the privileged at ease. The unemployment numbers will go down, the stock market will recover and the price of oil will rise again, but a large portion of the United States will wake up to forced evictions, unpaid medical expenses and to an inaccessibility to food that they’ve experienced for far too long. And as always, people of color are feeling the brunt end of this pandemic, disproportionately making up a large number of COVID-19 hospitalizations while the privileged, often the white, rich minority of this nation call for a ‘re-opening of the economy’. You reopen too soon amid this pandemic and people will die so you can go to your office and perhaps get a haircut later in the evening. You reopen as the world sees a surge in cases and you risk your own health and the health of those that you love (3). Nurses and doctors beg to hold off from re-opening, mentally breaking down and some dying from the disease they are trying to treat but you don’t listen because it was never about health and well-being, it was about this lustful drive for profit and the orgasmic sensation you get from watching the stock market rise (4). The powerful, politically right-leaning conservatives, such as the Save Our Country Coalition, have even gone so far as to recruit “’pro-Trump’ doctors to go on television to prescribe reviving the U.S. economy as quickly as possible, without waiting to meet safety benchmarks proposed by the CDC to slow the spread of the new coronavirus.” (5) The CDC, standing behind Dr. Fauci, have stated that the number of cases and death is most likely “an undercount, with the true number being much higher. Meanwhile, Trump has suggested, without providing evidence, that the official death toll from the virus is being inflated” (5). To reopen the economy without properly assessing both the health risks and innate flaws of the current financial, judicial and healthcare system attached to American capitalism that have become so extraordinarily apparent in every way, is to let injustice be perpetuated in the name of an abstract notion of ‘the economy’. The very people that make up this ‘economy’ are not pawns or abstractions and it is time that their convictions are felt by all.

Listen to them, listen to the healthcare workers, listen to those with pre-existing conditions whom you have so easily disregarded in the past, listen to the differently abled who now see thousands of jobs be given the accommodations they have been asking for for years, listen to those being evicted by both small and corporate landlords, listen to those suffering from food insecurities, listen to the calls from the prisoners, indigenous peoples and undocumented peoples facing inhumane conditions in various types of detention facilities across the country on top of the pandemic, listen to those falling quickly into debt due to pyramid schemes and avaricious lending. Instead of covering up their sufferings with the repeated American apathy that seems to run through the veins of the privileged and elite, instead of viewing their anguish as unavoidable collateral as if their deaths were an inconvenience to you dining-in in your favorite restaurant and lacking historical and economical origins, listen.

But I know you will not. Then heed this as a warning of what is to come. A large portion of these United States will be distressed and in vulnerable positions. And instead of helping them, you leave them in the rain to be picked up by someone who understands them, values them and listens to their needs. Americans, from 1945 until 1990, viewed ‘communism’ as their abstract enemy to fight, propping up fascist dictators and spreading capitalism world-wide. Americans since 2001, have viewed ‘terrorism’ as their enemy and as they fought yet another ambiguous and deformed idea, they carried out human rights violations and illegal invasions. Today, this ambiguous enemy is ‘COVID-19’ and in fighting yet another abstract idea, a system ready to break will do so and out will come a group of people who know the life they have been living is unjust and inequitable, for this particular, American capitalist system has driven them to the edges and basements of society.

These people will embrace change and become the revolutionary working-class that will enact change from bottom to top, all thanks to both sides of the same racist coin: the flaccid, corrupt and lackluster performance of the capitalist Democrats and continual loving embrace between the capitalist Republicans, Trump and all the revulsive characteristics of America that exude American apathy, reification and exclusion.

I wrote those words prior to the extrajudicial killing of George Floyd, which prompted mass protests and unrest not just in the United States but the entire world. Indeed, one could argue that “protestors” and “antifa” are now the abstractions that Americans seem to be fighting against, alongside COVID-19. From New Zealand to Canada, from the U.K. to Greece and from Iran to South Africa, people showed their support and solidarity for the American struggle, as well as their own struggle, against racism. This state-sanctioned murder, of course, is a symptom of the disease that is fundamental to the foundations and internal mechanisms of the capitalist machine here in the United States, that of racism. It has been etched into law since the first Census that assigned personhood in 1790, which only had 5 categories: “Free White males of 16 years and upward”, “Free White males under 16 years”, “Free White females”, “All other free persons” and “Slaves” (6). Ever since slavery, black people in the United States have tried to claim their humanity, having first been viewed as tools of production, then as legally discriminated second-class citizens and cheap labor and today, they still struggle for their basic human rights to be met. Indeed, the Human Rights Watch World Report of 2019 notes that, “Racial disparities permeate every part of the US criminal justice system” (7). Add racial struggle to the economic and social fire that is brewing, and you’ve got a mixture that is ripe for change, perhaps even in a revolutionary fashion.

I believe Trump will win in November of 2020. I say this because I believe that many people will end up not voting, due to a negative feeling towards electoral politics because of a lack of representation and also due, in part, to the fact that we now have two, old, white, racist and, at the very least, fondlers if not outright rapists, running for office. One of the only reasons people give for voting for Joe Biden is saying that it is far better than voting for Trump. Why must the American public continue to settle for ‘a lesser of two evils’? You can opt into thinking that this is the greatest that American democracy has to offer or realize that the current corrupt and money-driven oligarchy, touting itself as a democracy, is not the answer and strive for change, for a far better representative system.

So when Trump wins in November 2020, because I believe he will, there will not only be mass riots and leveling of cities, but a resurgence of radical leftist thought, as we have already seen a small wave of it during the many days following the extrajudicial killing of Mr. Floyd. This resurgence will be led by American Marxist-Leninists and anarchists alike, predominantly by people of color and those with intersecting underprivileged identities but most certainly not confined to them.

Benjamin "Victor" Pulgar-Guzman has a B.A. in Political Science with a concentration in International Relations. His main area of study concerns the history of international relations and global economics, Marxian and Anarchist political theory, feminist, queer, and race theory and is an avid reader on philosophy and history of religions. Victor is also a producer, singer-songwriter, poet, and writer.