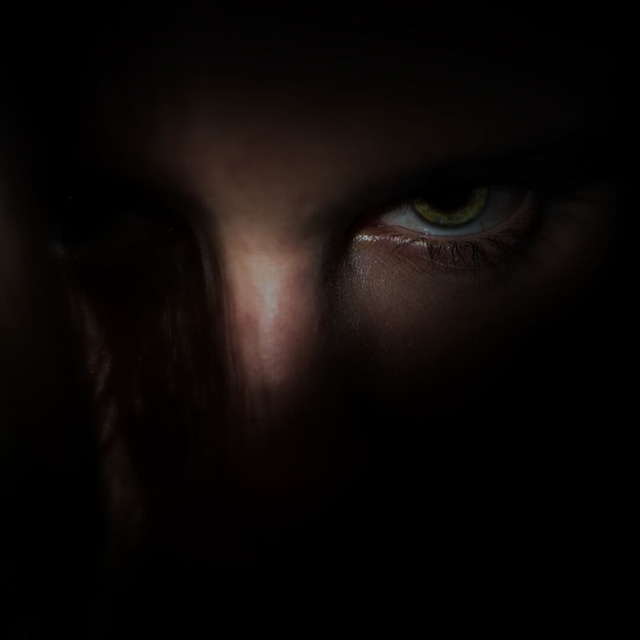 What’s Up with Society’s Obsession with Psychopaths & Sociopaths?

There are some names that when said aloud, can make us quiver and shiver. Names that are associated with some of the most horrific crimes imaginable. These are names we want to forget or even leave in the past. Yet, they continue to haunt us and remind us of the horrors that human beings are capable of. Names like Jeffrey Dahmer, John Wayne Gacy, or even Ted Bundy. Now, these names are not for the faint of heart so if you’ve never heard of them, then I suggest you don’t start getting acquainted. For those who are still reading and haven’t left to look up these names, I want to open with a simple question. What draws us in and keeps us nearly obsessed with these names and legends? I ask because if you are reading this based on the title alone, I would assume you’ve had some experience or interest in the topic. And believe me, it’s easy to run into these names, Netflix and Hulu both have a big selection of documentaries, dramas, and horror movies about these names or draw inspiration from them, so chances are you’ve run into them. If you have watched any of these documentaries or dramas, then you know firsthand some of the gory details about how these individuals wreaked havoc for years before being caught. Yet, as gruesome as the details are about the crimes committed by these individuals, their names continue to live solely because there is still a deep interest in the general public.

So, before we get started, it’s good to know the difference between psychopaths and sociopaths. I will provide a brief overview of similarities and differences, however, if you want to learn more detailed information, you can click here. Both Psychopaths and Sociopaths have very similar characteristics, and many experts often disagree on what exactly makes them different. It’s actually not uncommon for most people to use sociopath and psychopath interchangeably. Sociopaths are often diagnosable with antisocial personality disorder and can be thought of as having less severe symptoms than psychopaths. Psychopaths, on the other hand, are considered to be a more severe form of sociopaths with the same traits of a sociopath and additional ones as well. This can be very confusing when you first read. Another curious fact is that sociopaths are believed to be able to form some deep bonds with certain people, while psychopaths cannot. The following are some of the characteristics of each [1]:

Psychopaths (in addition to the above) 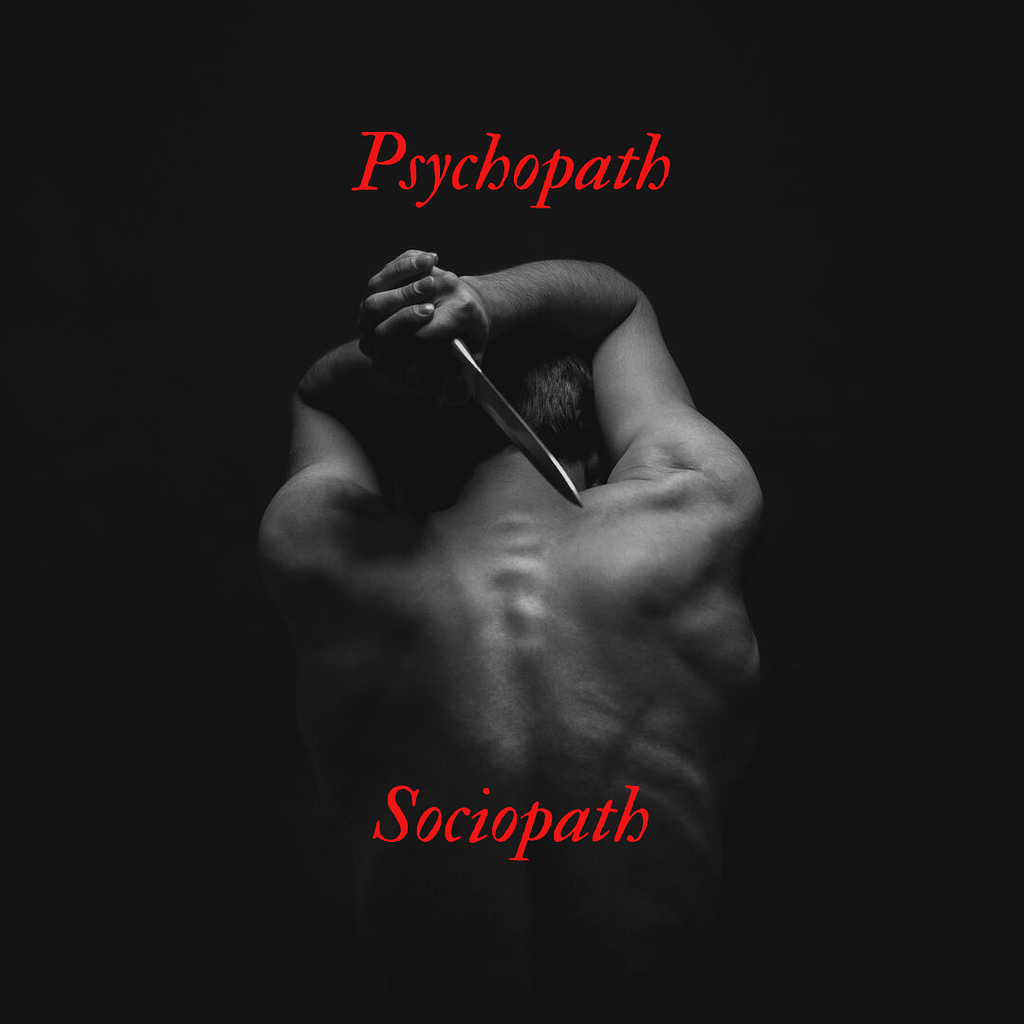 Now that you are acquainted with these two terms let’s talk about one of the most prolific and infamous names (Warning: some detailed descriptions of the crimes are mentioned below)!

Jeffrey Dahmer. The name alone brings up words like cannibalism, predator, psychopath, necrophiliac, murderer, and rapist. But it wasn’t always this way. Much of what is known about Dahmer’s early beginnings revolves around his chaotic childhood. Born to a small family in Milwaukee, Wisconsin, his life was full of tension between his parents. Dahmer’s mother is believed to have experienced various mental health issues that impacted her ability to mother Dahmer. As a child, Jeffrey witnessed many of his parents’ domestic disputes. Most of the disputes were due to Dahmer’s father, often being out of the home and absent due to his educational pursuits. This usually meant that Jeffrey was left alone with his mother (until his younger brother was born not long after).

During his teens, Jeffrey began to develop strange interests that involved collecting animal carcasses and disintegrating them with acid. Jeffrey’s behaviors and interests began to worry his parents, but they simply considered it part of his “scientific” interests. Jeffrey’s father actually tried to encourage his son and teach him about chemicals hoping that Jeffrey would go on to become a scientist. During high school, Jeffrey was considered an outcast and had very few friends. He also began to drink heavily and was failing academically. His teen years were very telling in fact, and it was during his adolescence that Jeffrey started to realize he was gay. Shortly before his high school graduation, Jeffrey’s parents decided to get a divorce. Jeffrey’s mother left with his younger brother, and his father was staying in a motel. This meant Jeffrey was now living on his own.  Shortly after graduating from high school, Jeffrey met his first murder victim, Steven Hicks.

Jeffrey was driving around town when he saw Hicks walking on the side of the road and offered him a ride. Hicks was headed to a concert when Jeffrey invited him back to his now-empty home and offered him drinks. They drank and enjoyed each other’s company until Hicks told Jeffrey he had to leave. Jeffrey was drunk and utterly infatuated with Hicks, so he continuously refused to let Hicks go. When Hicks attempted to leave abruptly, Jeffrey used a 10 lb. dumbbell to bludgeon Hicks twice. He then began to strangle Hicks until he died. Once Hicks was dead, Jeffrey started to sexually assault Hicks’ corpse.

I know what you’re thinking… Wow. But, this was only the beginning. Jeffrey went on to rape, experiment, and kill approximately 17 boys/men (that are known). Most of Jeffrey’s victims were men of color with some as young as 14 years of age. Jeffrey was a predator and utilized various manipulative tactics to coerce and convince his victims to go with him. Often times he would offer money in exchange for “taking pictures” before drugging his victims and murdering them. Jeffrey’s murdering spree took place between 1978 (Hicks) and 1991 (Tracy Edwards, attempted, but not murdered). Edwards was the last individual to face Dahmer under the pretense of money for photos. However, he managed to escape and get help. Police followed Edwards back to Dahmer’s apartment where they walked into a horror show. Cops found numerous photos of body parts. They also found the severed head of one of Dahmer’s victims in the fridge. The police arrested Dahmer who attempted to resist but was subdued. As the cops restrained Dahmer, he famously stated: “For what I did I should be dead.”

This is just the story of one psychopath who was able to commit such heinous crimes for many years. Part of what allowed Jeffrey to commit these crimes was the fact that he appeared “normal” and was able to attract people. Jeffrey often came across as shy but attractive. Most of his victims did not see him as a threat until it was too late. Jeffrey was also unique in the sense that he was both “organized” and “unorganized” in his murders. For the most part, Jeffrey was able to control his impulse for murder, but in other situations, he was not, which ultimately led to his capture. This blended in with his deep level of fear of abandonment and need for control made for a deadly mix.

So, what keeps us so enticed? It could be a variety of reasons, but one big one is our inability to grasp and understand why these individuals murdered in the first place. You can ask any mental health expert, and they will most likely tell you that the answer lies in both nature and nurture. That Psychopaths and Sociopaths have difficult upbringings and/or were genetically predisposed to become cold-hearted killers. There’s even research now that demonstrates differences in brain structure in psychopaths and sociopaths. But whatever the reason is, the fact of the matter is that we don’t know 100% and it fascinates us.

Hollywood is another reason. Like with many things, movies often dramatize and exaggerate the way they depict themes such as mental health and mental illness. Most big-budget movies and shows depict psychopaths and sociopaths as the norm, when in reality, they are the extreme, especially when we are talking about the ones that murder and commit horrific crimes. Most psychopaths and sociopaths are just complicated people to be around. Yet, Hollywood continues to make tons of money using typical misconceptions of mental illness in their films and shows such as Mind Hunter. We also see this in the various documentaries on Hulu that profile some of the most famous cases, often adding tidbits to create mystery and curiosity for the audience that keeps them watching.

In the end, the reality is that psychopaths and sociopaths are individuals who will always live between reality and fantasy. They will continue to be enigmatic. Evil or not, they are just people void of the full human spirit that keeps us from surrendering to our most impulsive and animalistic behaviors.