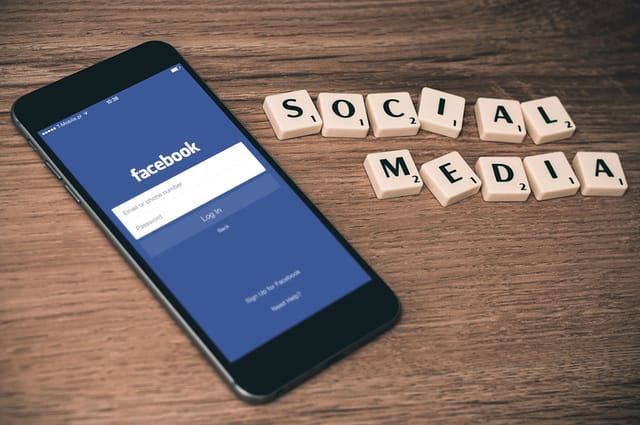 Is Social Media Making You Depressed?

The Curious Case of Social Media…

Social media, love it or hate it, has become a way of life for many people. Most of us are probably too young to even remember what it was like before Instagram, Facebook, Linkedin, YouTube, Snapchat (the list goes on). Yet, social media itself is still relatively young. To put it into perspective facebook was only released to the public back in 2004 (I was a senior in high school!). That’s only about 14 years ago! Yet during that time social media has permeated almost every aspect of our lives and has become a powerhouse of influence in modern society. This is not something to take lightly. Think about it. How often are you in public and notice people standing idly by while on their phone?  I bet it’s quite often. I am also willing to bet it’s because they are on a social media platform. With so much controversy around the impact of social media on society, the question really boils down to “is social media good or bad? Ah yes, the age-old “good versus evil” conundrum that’s plagued us since the dawn of human consciousness. Well, the answer is complex and a “yes and no”. Social media is a tool, but also a weapon. You see like many things in life it’s never as simple as dousing something with 100% certainty.

Social media initially began as a way for people to connect and be social. But since its inception, it has evolved into a marketing tool, an entertainment hot spot, news outlet, political battlefield, and a platform for social influencers amongst other things. But even with all its features, you don’t have to search too hard to find some sort of scandal linked to social media. Just last year we saw Mark Zuckerberg (the founder of Facebook) go before Congress to defend the privacy and safety protocols of Facebook after the company was accused of mishandling information.  This goes to show that there are still many ethical questions, lawmakers playing catch-up, and confusion about social media’s role in society as well as how it is impacting us long-term.

On the other hand, social media has also provided a way for people to keep in contact with family and friends all over the world. There are even some older studies that indicate that social media has a positive impact on self-esteem and feelings of belongingness [1]. Social media is also diverse and includes different platforms for expression so it allows people with different interests to connect. It’s also growing, like very rapidly. One example is Instagram, another popular social media site, which was bought by Facebook in 2012 for 1 billion dollars and is estimated to have as many as 111 million active users during the current year (2019)[2]. I would be remiss if I didn’t point out the obvious fact that PsychoSocial utilizes social media as a tool. As it was mentioned above, social media can also be a powerful tool to help spread information, create access to support, and create movement. It can bring people together with common goals to create real change. So, the question of “is social media good or bad?” then becomes “how can we use social media ethically and responsibly”? And what is being done to hold companies likeFacebook accountable?

What Does the Current Research Say About the Link Between Social Media Use and Depression?

With social media being so young its no surprise that it has taken some time to really understand, explain, and grasp the impact it has on people, especially young adults. One study conducted in 2016 found that “SM use was significantly associated with increased depression” based on their study which included a national sample of 1,787 adults between the ages of 19 and 32. They concluded based off their sample results that the more time an individual spent on social media, the higher the odds of developing depression[3]. Most of the other current studies that we reviewed yield similar results. One specific study conducted in 2013 focused primarily on Facebook use and found that the more individuals sampled utilized it, the more they reported depressive symptoms. The study reported the following,  “We text-messaged people five times per day for two weeks to examine how Facebook use influences the two components of subjective well-being: how people feel moment-to-moment and how satisfied they are with their lives. Our results indicate that Facebook use predicts negative shifts in both of these variables over time. The more people used Facebook at one time point, the worse they felt the next time we text-messaged them; the more they used Facebook over two weeks, the more their life satisfaction levels declined over time”[4]. Both these studies focused on the suggested connection between high use of social media and depression. Unfortunately, these studies only indicate likeliness and it will take a lot more research in the future to really understand long-term effects.

“Is Social Media Good or Bad?”

What we can gather from the research, however, is that if social media is having an impact on people’s mental health, then we are in for some serious repercussions. Social media is in no way, shape, or form slowing down. The most popular social media site Facebook has more than 1 billion people active on their site [5]. With many countries rapidly becoming connected and having access to social media, that number is likely to increase in the coming years. So what does this mean? Only time will tell. With the world seemingly becoming smaller and more products hitting the market to keep us connected, these issues will eventually become more prominent on the world stage.

So What Can You Do?

Like with all things, moderation is key. Limiting our time on social media and knowing when to go on a “social media cleanse” is important. This is especially true for younger children/teens who have been accustomed to using social media in the last 14 years since its inception. In these cases, it is up to the parent(s)/caregivers to set clear limits on how often and how long their children are on social media. The tools are available. Unfortunately, it sometimes takes a little digging and many parents are unaware of features provided by social networking sites for younger children or how to monitor use. If you’re a parent and need some tips you can get them by clicking here. For the rest of us (adults), it is up to us to monitor our use. Even companies like Apple have begun to add tools to their phones that help us monitor how long we spend on certain apps. Being mindful about how we spend our time is crucial. It takes practice, but it’s possible for us to take control of our social media use. My recommendations are that you become cautious of how often you check social media, turn off notifications, limit number of social media apps you use, stay away from the comments section, monitoring the type of content you consume, set clear cut off times around bedtime and early morning, and spend more time living authentic moments rather than “capturing” them.

What are Your Thoughts on and Experiences with Social Media? Let Us Know in the Comments Section!

Photo by Christian Wiediger on Unsplash